The Global Politics of Arms Sales 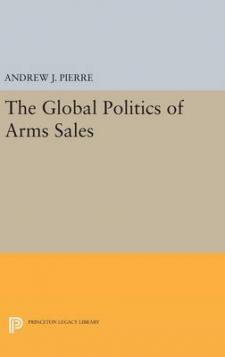 Marshaling a great deal of new information in a highly readable manner, the author explains the reasons for the dramatic expansion of arms sales during the past decade and clearly traces such trends as the rise in sophistication of weapons being sold so as to include the most advanced technologies, and the shift in sales to unstable parts of the Third World. Originally published in 1982. The Princeton Legacy Library uses the latest print-on-demand technology to again make available previously out-of-print books from the distinguished backlist of Princeton University Press. These editions preserve the original texts of these important books while presenting them in durable paperback and hardcover editions. The goal of the Princeton Legacy Library is to vastly increase access to the rich scholarly heritage found in the thousands of books published by Princeton University Press since its founding in 1905.