Globalization of Capital and the Nation-State 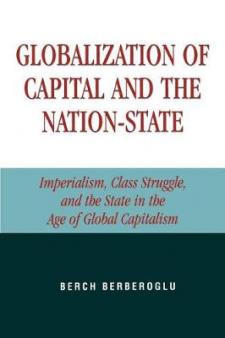 This book provides a cogent analysis of the globalization process and the role of the imperial state in twentieth-century capitalist expansion on a world scale. It examines the development of capitalism and the capitalist state across national boundaries and traces the evolution of imperialism and interimperialist rivalries that have come to define the nature of the world political economy. As transnational capital has become a mighty force controlling the economies of advanced and less-developed capitalist countries around the world, capitalism and capitalist relations of production have spread to and dominated societies and social relations in remote parts of the globe. The resulting globalization of capital has given transnationals free reign to impose capitalist practices on a global scale, such that only the biggest and most powerful capitalist monopolies have become the real beneficiaries. Berberoglu argues that while the globalization of capital enriches only a small segment of society- the owners of the transnational corporations - it devastates the great majority of the world's population. The process has immense consequences for working people throughout the world. As workers become aware of this reality and begin to address the issues that affect them, they begin to organize and become involved in class struggle to effect change.