Glory, Laud and Honour - The Arts of the Anglican Counter-Reformation 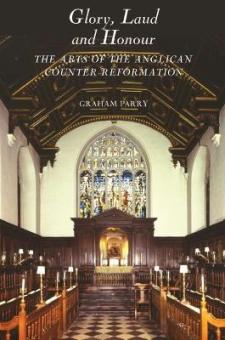 This book offers an accessible overview of the achievements of Laudian culture, so much of which was destroyed in the Civil Wars. Some eighty years after the Reformation, the brief span of the Anglican Counter-Reformation in the 1620s and 1630s saw a revival of the arts in the Church. With the rise of a "High Church" movement, initiated by Lancelot Andrewes and propelled by William Laud, John Cosin and Matthew Wren, the arts of religion flourished once again. New churches were built, and cathedrals and parish churches began to install new furnishings that were appropriate to the ceremonial forms of worship now being introduced. Painted glass, religious painting and sculpture, and ornate screens, font-covers and tombs all re-appeared. Sacred music enjoyed a revival too, as cathedral and chapel choirs required an enlarged repertoire for the more complex services that the Laudian movement favoured. The heightened mood of piety also found expression in a remarkable flowering of devotional poetry and prose. All these are discussed in this remarkable book.

First published in 2006 as The Arts of the Anglican Counter-Reformation. GRAHAM PARRY is Professor of English, University of York.