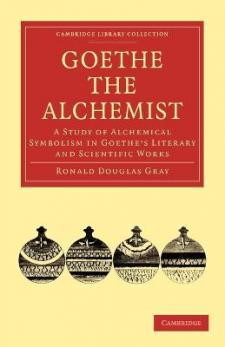 In his autobiography, Goethe half-apologetically admits the youthful enthusiasm he experienced for alchemical and mystical readings: Georg von Welling's obscure Opus Mago-Cabbalisticum et Theosophicum and the anonymously published Aurea Catena Homeri, as well as works by Paracelsus, Basilis Valentinus and van Helmont. Originally published in 1952, this study shows how the symbols and concepts of alchemy played a key role in the genesis of Goethe's later works, both scientific and literary. Author of, among other books on German literature, Goethe: A Critical Introduction (1967) and An Introduction to German Poetry (1965), Ronald D. Gray details Goethe's alchemical readings, and shows how these influences were processed and transformed into a unique blend of scientific and poetic accounts of reality. Unprecedented in its approach, this study will be of interest to readers of German literature, as well as to anyone interested in the history and evolution of mysticism.