Good Girlfriend's Guide to Getting Even 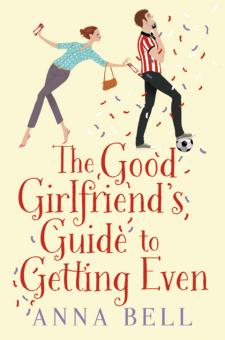 A hilarious romantic comedy from the author of The Bucket List to Mend a Broken Heart'Romantic and refreshing' Mhairi McFarlane'A fun, bouncy, brilliant tale' Heat'Funny, relatable and fabulously written' Daily Express'Perfect for fans of Sophie Kinsella' Take a BreakWhen Lexi's sport-mad boyfriend Will skips her friend's wedding to watch football - after pretending to have food poisoning - it might just be the final whistle for their relationship.But fed up of just getting mad, Lexi decides to even the score. And, when a couple of lost tickets and an 'accidentally' broken television lead to them spending extra time together, she's delighted to realise that revenge might be the best thing that's happened to their relationship.And if her clever acts of sabotage prove to be a popular subject for her blog, what harm can that do? It's not as if he'll ever find out . . .