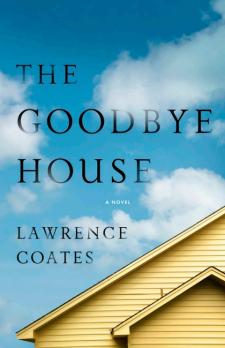 In the aftermath of the early 2000s dot-com bust, the people of San Jose, California face a changing landscape of lost dreams and careers gone awry. It's in this setting that Katherine Watson, a forty-seven-year-old event planner and mother of two, moves back into her childhood home with her teenage son, Carter. They live with her aging father, who is undergoing palliative care for prostate cancer. Katherine's husband, Scott, has gone missing after his risky investments failed and they were forced to sell their dream home.In this multigenerational family story, Katherine, Carter, and Scott all try to navigate an evolving world in the Golden State that doesn't seem quite so golden any longer. Scott returns and hopes to restore and recreate their past happiness, Katherine contemplates divorce and explores new love along the way, and Carter works to find a place for himself in a new school among classmates who are hostile to him.The characters fervently chase their dreams across Silicon Valley and beyond, from the gleaming office parks of Cupertino to a self-help seminar on the Las Vegas Strip and an underfunded high school theater production of The Tempest. The one element tying them all together is the house of the title, a 1950s tract home that once represented happiness and now holds the family close in its protective embrace, until, in the end, even this constant changes.