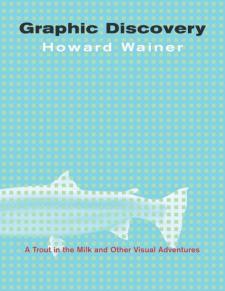 Good graphs make complex problems clear. From the weather forecast to the Dow Jones average, graphs are so ubiquitous today that it is hard to imagine a world without them. Yet they are a modern invention. This book is the first to comprehensively plot humankind's fascinating efforts to visualize data, from a key seventeenth-century precursor--England's plague-driven initiative to register vital statistics--right up to the latest advances. In a highly readable, richly illustrated story of invention and inventor that mixes science and politics, intrigue and scandal, revolution and shopping, Howard Wainer validates Thoreau's observation that circumstantial evidence can be quite convincing, as when you find a trout in the milk. The story really begins with the eighteenth-century origins of the art, logic, and methods of data display, which emerged, full-grown, in William Playfair's landmark 1786 trade atlas of England and Wales. The remarkable Scot singlehandedly popularized the atheoretical plotting of data to reveal suggestive patterns--an achievement that foretold the graphic explosion of the nineteenth century, with atlases published across the observational sciences as the language of science moved from words to pictures. Next come succinct chapters illustrating the uses and abuses of this marvelous invention more recently, from a murder trial in Connecticut to the Vietnam War's effect on college admissions. Finally Wainer examines the great twentieth-century polymath John Wilder Tukey's vision of future graphic displays and the resultant methods--methods poised to help us make sense of the torrent of data in our information-laden world.