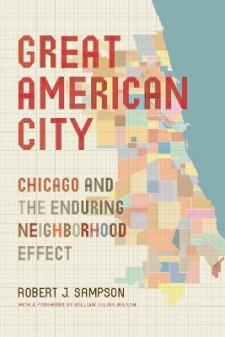 For over fifty years, numerous public intellectuals and social theorists have insisted that community is dead. Some would have us believe that we act solely as individuals choosing our own fates regardless of our surroundings, while other theories place us at the mercy of global forces beyond our control. These two perspectives dominate contemporary views of society, but by rejecting the importance of place they are both deeply flawed. Based on one of the most ambitious studies in the history of social science, "Great American City" argues that communities still matter because life is decisively shaped by where you live. To demonstrate the powerfully enduring impact of place, Robert J. Sampson presents here the fruits of over a decade's research in Chicago combined with his own unique personal observations about life in the city, from Cabrini Green to Trump Tower and Millennium Park to the Robert Taylor Homes. He discovers that neighborhoods influence a remarkably wide variety of social phenomena, including crime, health, civic engagement, home foreclosures, teen births, altruism, leadership networks, and immigration.
Even national crises cannot halt the impact of place, Sampson finds, as he analyzes the consequences of the Great Recession and its aftermath. Following in the influential tradition of the Chicago School of urban studies but updated for the twenty-first century, "Great American City" is at once a landmark research project, a commanding argument for a new theory of social life, and the story of an iconic city.