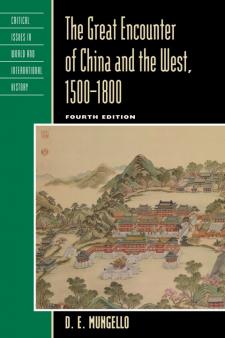 For the Chinese, the drive toward growing political and economic power is part of an ongoing effort to restore Chinas past greatness and remove the lingering memories of historys humiliations. This widely praised book explores the 15001800 period before Chinas decline, when the country was viewed as a leading world culture and power. Europe, by contrast, was in the early stages of emerging from provincial to international status while the United States was still an uncharted wilderness. D. E. Mungello argues that this earlier era, ironically, may contain more relevance for today than the more recent past. This fully revised fourth edition retains the clear and concise quality of its predecessors, while drawing on a wealth of new research on Sino-Western history and the increasing contributions of Chinese historians. Building on the authors decades of research and teaching, this compelling book illustrates the vital importance of history to readers trying to understand China's renewed rise.