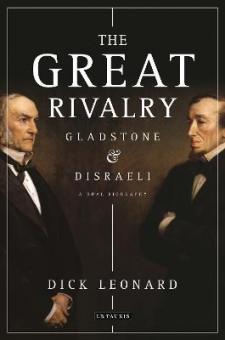 Benjamin Disraeli and William Ewart Gladstone are without doubt the two most iconic figures of nineteenth century British politics. Their distinctly different personalities and policies led to 28 years of bitter political rivalry. Between 1853 and Disraeli's death in 1881, the two leaders repeatedly succeeded each other in Westminster, first as Chancellors of the Exchequer and later as Prime Ministers, with Disraeli leading the Conservatives and Gladstone the Liberals.

For the first time, this book provides the full story of their rivalry and its origins, comparing the upbringing, education and personalities of the two leaders, as well as their political careers and time in office. Dick Leonard compares the impact of religion - Judaism and Christianity respectively - on the two men, their contrasting oratorical skills, their attitudes to political and social reform, foreign affairs and imperialism. It is well known that Queen Victoria was much fonder of Disraeli than she was of Gladstone, but Leonard provides new facets on the relationship between each premier and the monarch. In their private lives he sheds new light on Gladstone's guilt-ridden obsession with seeking out prostitutes, ostensibly in order to 'reform' them, and Disraeli's passion for older women - his wife was 12 years his senior - as well as his almost completely successful efforts to conceal the existence of two illegitimate children.

Providing important new perspectives on the two towering political characters of the Victorian Age and the enduring legacy of a great rivalry, this book will be essential reading for anyone interested in nineteenth century British history and politics.