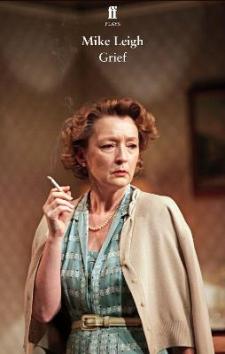 1957. War widow Dorothy lives in a London suburb with her 15-year-old daughter Victoria and her older bachelor brother Edwin. More and more isolated from her married friends with their successful children, Dorothy tries to cope with Victoria's increasingly hostile behaviour. But is she doing her best, as she thinks, or is she in fact responsible for what threatens to become an unendurable situation?

'A exquisitely observed, profoundly quiet slice of 1950s suburban life.' The Sunday Times
'Meticulously evocative' Independent
'Manville is magnificent in this broodingly muted family drama.' Sunday Express
'Leigh makes you laugh and laugh - until you cry.' Time Out
'A haunting portrait of loss and loneliness, exquisitely acted throughout and led by a riveting performance by Manville.' Financial Times
'Leigh's meticulous production potently captures the pain that lurked behind stiff upper lips in the England of the Fifties.' Daily Telegraph
'Nobody gets more truthful performances from actors than Mike Leigh.' The Times
'The acting is superb.' Guardian
'Leigh directs with sensitivity.' Evening Standard
'Extraordinarily poignant' Independent on Sunday