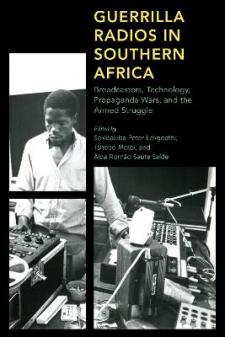 Guerrilla Radios in Southern Africa is a collection of essays on the histories of the different radios of the liberation movements in the region during the era of the armed struggle.

From Angola and Mozambique, to Namibia, Zimbabwe and South Africa, the new technology of radio provided the liberation movements in exile with a platform to address their followers at home, to propagate their ideologies and to counter the propaganda of the oppressive white minority regimes. As the cheapest and most direct medium, guerrilla radios transcended the boundaries imposed by the settler regimes and were widely listened to, albeit within the realm of illegality.

Transnational in its approach, the book explores the workings of these radios from their areas of broadcast in exile, international solidarity, to reception at home where listeners often huddled around their receivers to listen to the messages from the liberation movements, often beyond the gaze of the state. These radios shaped the nature of resistance campaigns that the liberation movements embarked upon in the various countries in the region.