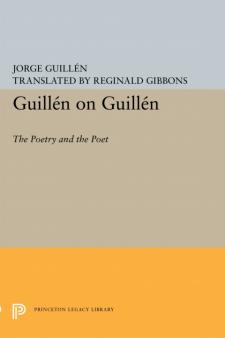 Jorge Guillen is one of Spain's most important and productive poets of the twentieth century; yet though recently honored with prestigious literary prizes in Spain, Italy, and the United States, he remains little known in this country. This selection of his poetry and his commentary on the poems comprise an extraordinary introduction of the poet to an English-speaking audience. Ranging over the nearly sixty years of Guillen's poetic career, this anthology consists of the poet's own selection of forty-one poems that represent for him the coherence and unity of his life's work. His commentary on each poem explains its place and significance in this context. With the original Spanish and the English translations on facing pages, the anthology proceeds thematically. The poet asks us to consider the architecture of his work as a whole, and not necessarily his development as a poet. At Guillen's invitation, the translators visited him at his home in Cambridge, Massachusetts, where they taped the poet reading and talking about his poetry for more than five hours. Guillen on Guillen is the edited transcript of that meeting.Originally published in 1979.The Princeton Legacy Library uses the latest print-on-demand technology to again make available previously out-of-print books from the distinguished backlist of Princeton University Press. These editions preserve the original texts of these important books while presenting them in durable paperback and hardcover editions. The goal of the Princeton Legacy Library is to vastly increase access to the rich scholarly heritage found in the thousands of books published by Princeton University Press since its founding in 1905.