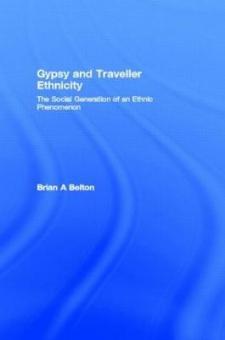 The book explores the notion of Gypsy and Traveller ethnicity and provides a critique of the conceptual basis of racial and ethnic categorisation. An analysis of the post-war housing situation is given in order to illustrate a connection between social and economic conditions, legislation affecting gypsies and travellers and the visibility and general consciousness of the gypsy and traveller population.

The originality of the book lies in its argument that the position of gypsies and travellers largely arises out of social conditions and interaction rather than political, biological or ideological determinants. It puts forward the notion of an ethnic narrative of traveller identity and illustrates how variations of this have been defensively deployed by some travellers and elaborated on by theorists.

Belton focuses on the social generation of travellers as a cultural, ethnic and racial categorization, offering a rational explanation of the development of an itinerant population that is less ambiguous and more informative in terms of the social nature of the gypsy and traveller position than interpretations based on 'blood', 'breed', 'stock', ethnicity or race that dominate the literature.