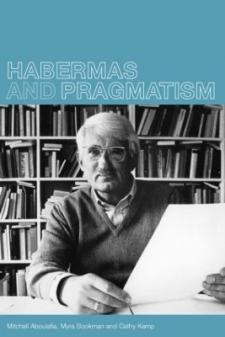 There are few living thinkers who have enjoyed the eminence and reown of Jurgen Hamermas. His work has been highly influential not only in philosopy, but also in the fields of politics, sociology and law. This is the first collection dedicated to exploring the connections between his body of work ahd America's most significant philosophical movement, pragmatism.

Habermas and Pragmatism considers the influence of pragmatism on Habermas's thought and the tensions between Habermasian social theory and pragmatism. Essays by distinguished pragmatists, legal and critical theorists, and Habermas cover a range of subjects including the philosophy of language, the nature of rationality, democracy, objectivity, transcendentalism, aesthetics, and law. The collection also addresses the relationship to Habermas of Kant, Peirce, Mead, Dewey, Piaget, Apel, Brandom and Rorty.