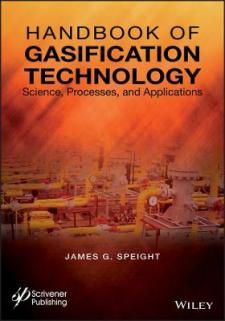 Gasification is one of the most important advancements that has ever occurred in energy production. Using this technology, for example, coal can be gasified into a product that has roughly half the carbon footprint of coal. On a large scale, gasification could be considered a revolutionary development, not only prolonging the life of carbon-based fuels, but making them "greener" and cleaner. As long as much of the world still depends on fossil fuels, gasification will be an environmentally friendlier choice for energy production.

But gasification is not just used for fossil fuels. Waste products that would normally be dumped into landfills or otherwise disposed of can be converted into energy through the process of gasification. The same is true of biofeedstocks and other types of feedstocks, thus making another argument for the widespread use of gasification.

The Handbook of Gasification Technology covers all aspects of the gasification, in a "one-stop shop," from the basic science of gasification and why it is needed to the energy sources, processes, chemicals, materials, and machinery used in the technology. Whether a veteran engineer or scientist using it as a reference or a professor using it as a textbook, this outstanding new volume is a must-have for any library.