Handbook on Geopolitics and Security in the Arctic 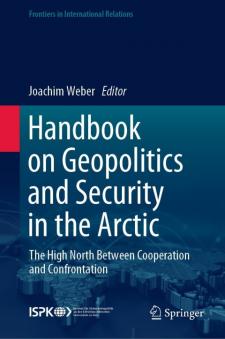 Against the backdrop of climate change and tectonic political shifts in world politics, this handbook provides an overview of the most crucial geopolitical and security related issues in the Arctic. It discusses established shareholder's policies in the Arctic –  those of Russia, Canada, the USA, Denmark, and Norway – as well as the politics and interests of other significant or future stakeholders, including China and India. Furthermore, it explains the economic situation and the legal framework that governs the Arctic, and the claims that Arctic states have made in order to expand their territories and exclusive economic zones. While illustrating the collaborative approach, represented by institutions such as the Arctic council, which has often been described as an exceptional institution in this region, the contributing authors examine potential resource and power conflicts between Arctic nations, due to competing interests. The authors also address topics such as changing alliances between Arctic nations, new sea lines of communication, technological shifts, and eventually the return to power politics in the area. Written by experts on international security studies and the Arctic, as well as practitioners from government institutions and international organizations, the book provides an invaluable source of information for anyone interested in geopolitical shifts and security issues in the High North.