Hans Mol and the Sociology of Religion 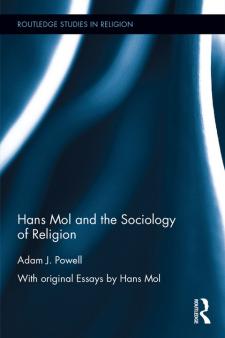 Hans Mol was born in the Netherlands during the 1920s. His imprisonment by the Gestapo during World War II began a long intellectual journey, exploring the role of religion in society. His work on the sociology of religion throughout the 20th and 21st Century is distinctive in its quest for both methodological and existential balance Part One of this book includes a brief outline of Mol’s most influential theory as originally explicated in Identity and the Sacred (1976). This is followed by a look at the initial reception of that theory in relation to the competing concepts of Mol’s contemporaries. Part Two is comprised of four previously-unpublished essays written by Mol during the 70s and 80s. Covering topics from evolution to evangelicalism, the papers display the sweeping ambition of this sociologist as well as the tone and contours of his intellectual articulation. In the Postscript this volume concludes with select transcripts of interviews conducted between Adam Powell and Hans Mol during the Spring of 2012. This volume of Mol’s work will be of keen interest to academics and students with an interest in the sociology of religion post-World War II and the development of contemporary Christian theology.