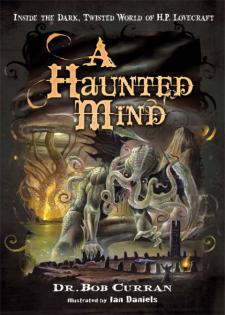 Arguably no American writer has had more of an impact on the modern horror scene than Howard Phillips Lovecraft, the man who created the Cthulhu Mythos, with its strange gods, eerie places, and forbidden books. But what sort of a man was Lovecraft, how did he create such a terrible universe, and where did his inspiration come from? Was it, as some have argued, based on esoteric knowledge forgotten or even denied to all sane people? In A Haunted Mind, Dr. Bob Curran explores what motivated Lovecraft—his personal life is just as strange as some of his creations—and drove him to create his terrible cosmos. Using both folklore and history, Dr. Curran investigates a wide variety of Lovecraftian mysteries. A word of warning: you may never look at Lovecraft—or the world—in exactly the same way again!