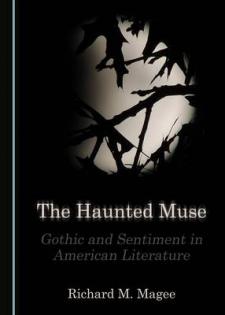 The Salem witch trials, and the many narratives based on them, both contemporaneous and subsequent discussions, have had a powerful influence on the American national psyche, informing the nation's political debates and propelling its fears. Perhaps one of the major reasons for the importance of the trials is how they conceive of and present a narrative of danger. The horror grows in and seems to threaten not just the body politic, but, perhaps more importantly, the domestic sanctuary. The home and hearth become a contested ground where good and evil fight for the souls of the inhabitants, or an infection that threatens to spread to other homes and, eventually, the entire community. The fear of witchcraft or demonic possession reveals not just a religious mania, but also a level of misogyny. Much has been made of the connections between witchcraft accusations and midwifery, homeopathy, and other, usually female, pursuits. The link between midwifery and witchcraft is especially interesting here, however, as it suggests an anxiety linked to notions of creation and procreation.
This book proposes a link between the fears of usurped procreation elicited by the trials and fears of misdirected or usurped creativity. In many Gothic stories, the authors imagine their literary creations as children who have been transformed by malignant forces, much as the Puritans of 1692 feared that the devil was transforming their actual children. The home in the Gothic story becomes a warped version of the sacred domestic space of sentimental literature, and it transforms from refuge to place of terror. The authors examined here include Nathaniel Hawthorne, Louisa May Alcott, Rose Terry Cooke, Charlotte Perkins Gilman, Shirley Jackson, Stephen King, and Ira Levin.