Heidegger and the Environment 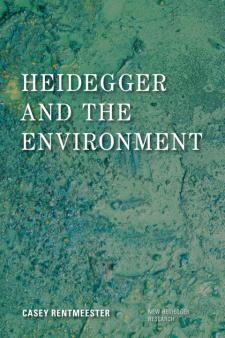 In the past few decades, it has become clear that the Western world’s relation to nature has led to environmental degradation so wide-ranging that it threatens the existence of human civilizations as we have come to know them. The onset of anthropogenic climate change and the increasing threats of resource depletions are the most obvious signs of an environmental crisis. This book attempts to examine the metaphysical underpinnings of our current environmental crisis, thereby viewing it from a philosophical perspective. Using Martin Heidegger’s writings on the history of being as its lynchpin, it examines how humans have come to view nature as a giant array of mere resources to be maximally exploited. Following Heidegger, Casey Rentmeester argues that this understanding of nature is rooted in the understanding of what it means to be that came about in ancient Greece. Rentmeester then utilizes elements of Heidegger’s post-metaphysical later philosophy and aspects of early philosophical Daoism to create an alternative way to think about the relation between humans and nature that is environmentally sustainable.