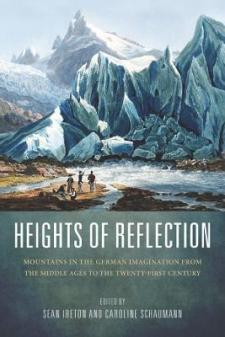 Mountains have always stirred the human imagination, playing a crucial role in the cultural evolution of peoples around the globe and becoming infused with meaning in the process. Beyond their geographical-geological significance, mountains affect the topography of the mind, whether as objects of peril or attraction, of spiritual enlightenment or existential fulfillment, of philosophical contemplation or aesthetic inspiration. This volume challenges the oversimplified assumption that human interaction with mountains is a distinctly modern development, one that began with the empowerment of the individual in the wake of Enlightenment rationalism and Romantic subjectivity. These essays by European and North American scholars examine the lure of mountains in German literature, philosophy, film, music, and culture from the Middle Ages to the present, with a focus on the interaction between humans and the alpine environment. The contributors consider mountains not as mere symbolic tropes or literary metaphors, but as constituting a tangible reality that informs the experiences and ideas of writers, naturalists, philosophers, filmmakers, and composers. Overall, this volume seeks to provide multiple answers to questions regarding the cultural significance of mountains as well as the physical practice of climbing them.