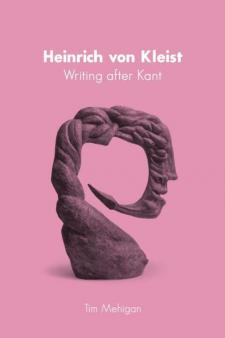 The question of Heinrich von Kleist's reading and reception of Kant's philosophy has never been satisfactorily answered. The present study aims to reassess this question, particularly in the light ofKant's rising importance for the humanities today. It argues not only that Kleist was influenced by Kant, but also that he may be understood as a Kantian, albeit an unorthodox one.
The volume integrates material previously published by the author, now updated, with new chapters to form a greater whole. What results is a coherent set of approaches that illuminates the question of Kleist's Kantianism from different points of view. Kleist is thereby understood not only as a writer but also as a thinker - one whose seriousness of purpose and clarity of design compares with that of other earlyexpositors of Kant's thought such as Reinhold and Fichte. Through the locutions and idioms of fiction and the essay, Kleist becomes visible for the first time as an original contributor to the tradition of post-Kantian ideas.