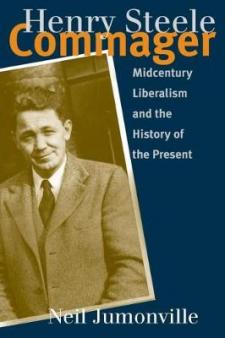 Historian Henry Steele Commager (1902-1998) was one of the leading American intellectuals of the mid-twentieth century. Author or editor of more than forty books, he taught for decades at New York University, Columbia University, and Amherst College and was a pioneer in the field of American studies. But Commager's work was by no means confined to the halls of the university: a popular essayist, lecturer, and political commentator, he earned a reputation as an activist for liberal causes and waged public campaigns against McCarthyism in the 1950s and the Vietnam War in the 1960s. As few have been able to do in the past half-century, Commager united the two worlds of scholarship and public intellectual activity.

Through Commager's life and legacy, Neil Jumonville explores a number of questions central to the intellectual history of postwar America. After considering whether Commager and his associates were really the conservative and conformist group that critics have assumed them to be, Jumonville offers a reevaluation of the liberalism of the period. Finally, he uses Commager's example to ask whether intellectual life is truly compatible with scholarly life.