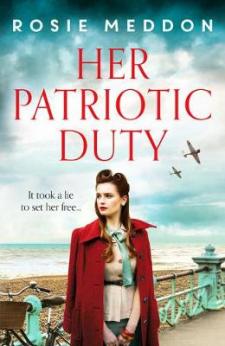 In a world of secrets, can Esme find the courage to be her true self?Happily in love, Esme Colborne is about to marry Richard Trevannion, descendant of one of the oldest families in England. But when Esme learns she is adopted - from a working class family - she cannot allow Richard to marry so far beneath his station.

Fleeing the life she knew, a chance encounter leads Esme to work as a 'decoy woman', testing British undercover operatives who may otherwise reveal secrets in a moment of weakness. As dangerous as it is thrilling, she is soon captivated by this world of subterfuge - one wrong move, however, and Esme could lose everything.

With her feelings for Richard as strong as ever, should she go back to him and reveal the truth of her birth? Is she brave enough to risk having her heart broken again?