A Heritage at Risk 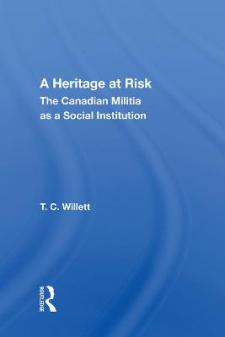 In this comprehensive study of Canada's reserve army, the Militia, Professor Willett focuses on the regiment as both a civic and a military institution that has declined in status and visibility since the country's armed services were unified in 1967. The author uses social history and a sociological framework to explore the major problems that have beset the Militia in its attempts to maintain its strength and efficiency in peacetime. In this detailed ethnography of the Militia at work and at leisure, the author draws on his extensive fieldwork with headquarter staffs and units throughout Canada. Proposing strategies for reviving the Militia's status, he advocates developing a credible peacetime role to attract the interest and support of local communities without detracting from the Militia's ability to fight alongside the regular Army in war.