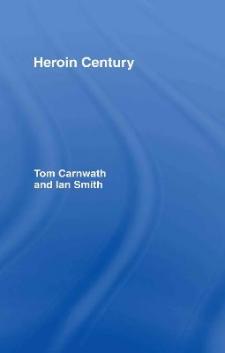 Heroin is a drug that myths are made of. Whether smuggled in the stomach of a camel or used as the ultimate symbol of lifestyle chic, no drug has been more argued over and legislated against, no drug has been more subject to misinformation and moral panic.
Heroin Century sets the record straight. It contains a wealth of historical and medical information about this drug which made its first appearance as a miracle medicine over a hundred years ago and makes recommendations for its future in the twenty-first century. Evidence shows that heroin is dangerous principally because it is illegal. The authors argue that a more relaxed relationship between society and the drug would benefit both the economy and public health and safely.
Individual chapters describe the history of heroin production; the makeup of heroin and evolving methods of use; the spread of heroin and international efforts at control; typical "career" patterns of users, ranging from occasional recreational use to destructive dependence; the subjective experience of taking heroin; the association between heroin and crime; the use of heroin in medicine and its effects on physical health; the history of the treatment of heroin dependence; and likely changes in heroin use in the future. The authors have drawn on literary and artistic sources as well as the large pool of scientific literature to compile a comprehensive and fascinating account of this world-changing drug.

Heroin Century makes available a wealth of information about the history, chemistry, pharmacology and medical aspects of heroin in a form accessible to anyone who wishes to participate in the contemporary debate bout society's attitude to drugs.