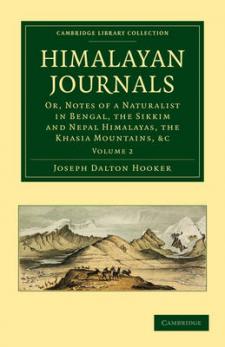 Sir Joseph Hooker (1817-1911) was one of the greatest British botanists and explorers of the nineteenth century. He succeeded his father, Sir William Jackson Hooker, as Director of the Royal Botanic Gardens, Kew, and was a close friend and supporter of Charles Darwin. His journey to the Himalayas and India was undertaken between 1847 and 1851 to collect plants for Kew, and his account, published in 1854, was dedicated to Darwin. Hooker collected some 7,000 species in India and Nepal, and carried out surveys and made maps which proved of economic and military importance to the British. He was arrested by the Rajah of Sikkim, but the British authorities secured his release by threatening to invade, and annexing part of the small kingdom. Volume 2 continues Hooker's description of Nepal and Sikkim (including his brief imprisonment) and his return to Calcutta to begin his journey back to Great Britain.