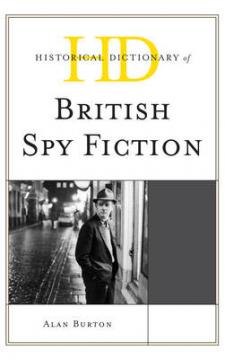 The Historical Dictionary of British Spy Fiction is a detailed overview of the rich history and achievements of the British espionage story in literature, cinema and television. It provides detailed yet accessible information on numerous individual authors, novels, films, filmmakers, television dramas and significant themes within the broader field of the British spy story. It contains a wealth of facts, insights and perspectives, and represents the best single source for the study and appreciation of British spy fiction. British spy fiction is widely regarded as the most significant and accomplished in the world and this book is the first attempt to bring together an informed survey of the achievements in the British spy story in literature, cinema and television.

The Historical Dictionary of British Spy Fiction contains a chronology, an introduction, appendixes, and an extensive bibliography. The dictionary section has over 200 cross-referenced entries on individual authors, stories, films, filmmakers, television shows and the various sub-genres of the British spy story. This book is an excellent access point for students, researchers, and anyone wanting to know more about British spy fiction.