A History of the ‘Alawis 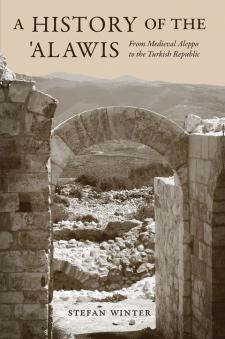 The ‘Alawis, or Alawites, are a prominent religious minority in northern Syria, Lebanon, and southern Turkey, best known today for enjoying disproportionate political power in war-torn Syria. In this book, Stefan Winter offers a complete history of the community, from the birth of the ‘Alawi (Nusayri) sect in the tenth century to just after World War I, the establishment of the French mandate over Syria, and the early years of the Turkish republic. Winter draws on a wealth of Ottoman archival records and other sources to show that the ‘Alawis were not historically persecuted as is often claimed, but rather were a fundamental part of Syrian and Turkish provincial society. Winter argues that far from being excluded on the basis of their religion, the ‘Alawis were in fact fully integrated into the provincial administrative order. Profiting from the economic development of the coastal highlands, particularly in the Ottoman period, they fostered a new class of local notables and tribal leaders, participated in the modernizing educational, political, and military reforms of the nineteenth century, and expanded their area of settlement beyond its traditional mountain borders to emerge from centuries of Sunni imperial rule as a bona fide sectarian community. Using an impressive array of primary materials spanning nearly ten centuries, A History of the ‘Alawis provides a crucial new narrative about the development of ‘Alawi society.