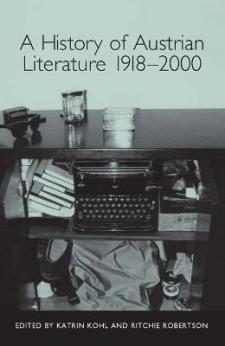 20th-century Austrian literature boasts many outstanding writers: Schnitzler, Musil, Rilke, Kraus, Celan, Canetti, Bernhard, Jelinek. These and others feature in broader accounts of German literature, but it is desirable to see how the Austrian literary scene -- and Austrian society itself -- shaped their writing. This volume thus surveys Austrian writers of drama, prose fiction, and lyric poetry; relates them to the distinctive history of modern Austria, a democratic republic that was overtaken by civil war and authoritarian rule, absorbed into Nazi Germany, and re-established as a neutral state; and examines their response to controversial events such as the collusion with Nazism, the Waldheim affair, and the rise of Haider and the extreme right. In addition to confronting controversy in the relations between literature, history, and politics, the volume examines popular culture in line with current trends.

Katrin Kohl is Lecturer in German and a Fellow of Jesus College, and Ritchie Robertson is Taylor Professor of German Language and Literature and a Fellow of The Queen's College, both at the University of Oxford.