A History of the Bible as Literature: Volume 2, From 1700 to the Present Day 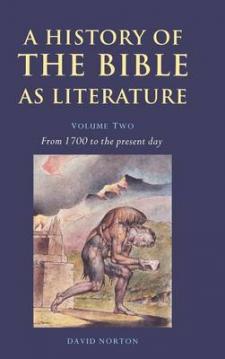 Early-eighteenth-century literary critics thought the King James Bible had 'all the disadvantages of an old prose translation'. But from the 1760s on criticism became increasingly favourable. In the nineteenth century it welled into a chorus of praise for 'the noblest monument of English prose'. This 1993 volume, the second of a two-volume work, traces how that reversal of opinion came about and helped to shape the making and reception of modern translations such as the Revised Version and the New English Bible. At the same time the story of the development of modern literary discussion of the Bible in general is told. From the Augustan discovery of Longinus' comments on Genesis through such major figures as Robert Louth to modern critics such as Frank Kermode and Robert Alter, this story reveals a fascinating world of insights and repetitions of received opinions. It shows not only how criticism has shaped understanding of the Bible, but how the Bible has shaped literary criticism.