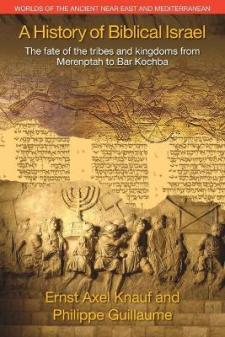 A History of Biblical Israel

There was probably only one past, but there are many different histories. As mental representations of narrow segments of the past, 'histories' reflect different cultural contexts and different historians, although 'history' is a scientific enterprise whenever it processes representative data using rational and controllable methods to work out hypotheses that can be falsified by empirical evidence. A History of Biblical Israel combines experience gained through decades of teaching biblical exegesis and courses on the history of ancient Israel, and of on-going involvement in biblical archaeology. 'Biblical Israel' is understood as a narrative produced primarily in the province of Yehud to forge the collective memory of the elite that operated the temple of Jerusalem under the auspices of the Achaemenid imperial apparatus. The notion of 'Biblical Israel' provides the necessary hindsight to narrate the fate of the kingdoms of Israel and Judah as the pre-history of 'Biblical Israel', since the archives of these kingdoms were only mined in the Persian era to produce the grand biblical narrative.The volume covers the history of 'Biblical Israel' through its fragmentation in the Hellenistic and Roman periods until 136 CE, when four Roman legions crushed the revolt of Simeon Bar-Kosiba.