A History of Booksellers 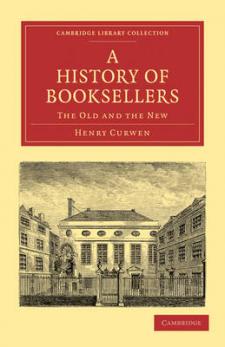 Henry Curwen (1845-1892) was a journalist and author who became editor of the Times of India. First published in 1874, A History of Booksellers aimed at providing an informative but entertaining picture of British bookselling and publishing, by means of 'biographies' of the major publishing houses and their output. He begins with a general survey of publishing and bookselling from Roman times to the nineteenth century, including a discussion of copyright legislation. It is clear that by 1800 the demand for books was considerable and growing: Alexander Donaldson, who specialised in cheap reprints of popular works, though repeatedly sued over copyright by other publishers, died in 1794 a very rich man. Many of the firms Curwen discusses are still well-known names, such as Longmans, Chambers, Butterworths and W. H. Smith. He concludes with anecdotes on some of the better known representatives of the provincial book trade.