A History of Chinese Political Thought 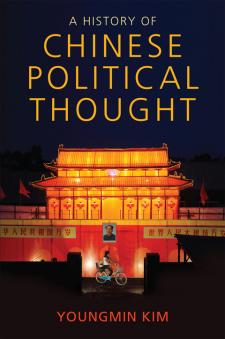 China's rapid rise as a regional and global power is one of the most important political developments of the twenty-first century. Yet the West still largely overlooks or oversimplifies the complex ideas and ideals that have shaped the country’s national and international transformation from antiquity to the present day.

In this beautifully written introductory text, Youngmin Kim offers a uniquely incisive survey of the major themes in Chinese political thought from customary community to empire, exploring their theoretical importance and the different historical contexts in which they arose. Challenging traditional assumptions about Chinese nationalism and Marxist history, Kim shows that "China" does not have a fixed, single identity, but rather is a constantly moving target. His probing, interdisciplinary approach traces the long and nuanced history of Chinese thought as a true tradition anchored in certain key themes, many of which began in the early dynasties and still resonate in China today. Only by appreciating this rich history, he argues, can we begin to understand the intricacies and contradictions of contemporary Chinese politics, economy, and society.