A History of Political Thought 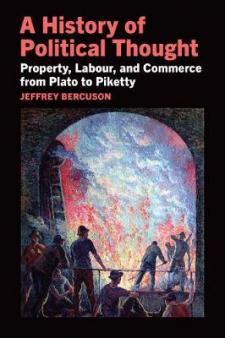 A History of Political Thought is an accessible introduction to the history of political and economic thought; its main focus is the rise, and eventual consolidation, of modern market society. It asks: What are the effects of private property and commerce on individual well-being and on the stability of the political community?

A History of Political Thought answers this central question through the careful study of political philosophers and economists, from ancient Greece to the twenty-first century. The book does not have an ideological agenda and gives equal voice to thinkers on opposite sides of the political spectrum. This is one of its key merits and a mark of distinction: its willingness to treat stark opponents - Hobbes and Locke, Smith and Marx, Keynes and Hayek, among others - as equally worthy of serious study. In doing so, the book provides students with a very powerful arsenal of ideas about the evolution of the market and also provides a solid introduction to the history of political thought.