A History of UNESCO 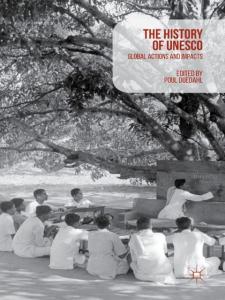 The mission of the United Nations Educational, Scientific and Cultural Organization (UNESCO), as defined just after the end of World War II, is to construct intellectual and moral solidarity in order to build 'the defenses of peace' in the minds of men and women. The Organization has therefore carried out a considerable amount of mental engineering. Historians have so far uncovered the roots of many of the soft power initiatives launched to construct sincere solidarity between people, but we still know very little about their impact. In this publication, leading historians within the field trace the routes of selected initiatives from the center to the periphery from UNESCO's headquarters in Paris to the member states to assess UNESCO's global impact from World War II and up till today.