History, Use, Disposition and Environmental Fate of Agent Orange 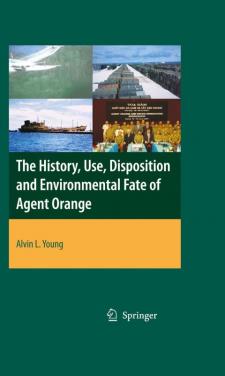 For almost four decades, controversy has surrounded the tactical use of herbicides in Southeast Asia by the United States military. Few environmental or occupational health issues have received the sustained international attention that has been focused on Agent Orange, the major tactical herbicide deployed in Southern Vietnam. With the opening and establishment of normal relations between the United States and the Socialist Republic of Vietnam in 1995, the time has come for a thorough re-examination of the military use of Agent Orange and other &quote;tactical herbicides&quote; in Southern Vietnam, and the subsequent actions that have been taking place since their use in Vietnam.The United States Department of Defense has had the major role in all military operations involving the use of tactical herbicides, including that of Agent Orange. This included the Department's purchase, shipment and tactical use of herbicides in Vietnam, its role in the disposition of Agent Orange after Vietnam, its role in conducting long-term epidemiological investigations of the men of Operation RANCH HAND, and its sponsorship of ecological and environmental fate studies. This book was commissioned by The Office of the Deputy Under Secretary of Defense (Installations and Environment) with the intent of providing documentation of the knowledge on the history, use, disposition and environmental fate of Agent Orange and its associated dioxin.