The History of "Zero Tolerance" in American Public Schooling 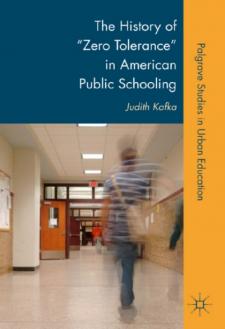 Through a case study of the Los Angeles city school district from the 1950s through the 1970s, Judith Kafka explores the intersection of race, politics, and the bureaucratic organization of schooling. Kafka argues that control over discipline became increasingly centralized in the second half of the twentieth century in response to pressures exerted by teachers, parents, students, principals, and local politicians - often at different historical moments, and for different purposes. Kafka demonstrates that the racial inequities produced by today's school discipline policies were not inevitable, nor are they immutable.