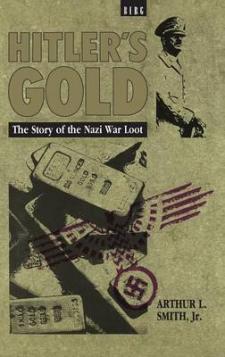 Nazi Germany utilized every available resource to fight the Second World War, and one significant weapon in Hitler's economic arsenal was gold - gold looted from the central banks of those European countries which were occupied by the Nazi regime between 1939 and 1942. Calculated at pre-1939 prices, the Germans gained access to about $625 million (US) in monetary gold, only about half of which was recovered by American Forces in April 1945 from a mine in central Germany. The 'Gold War' did not end then, however; it just assumed a different shape. Instead of fuelling Hitler's war effort, the recovered gold soon became a pawn in the Cold War struggle between the United States and the Soviet Union and has remained a controversial issue in international politics for years, one not completely resolved to this day.Although this is an important aspect of the Second World War and its aftermath, it has been largely neglected in historical research because of the lack of adequate source materials.
The author succeeded in gaining access to hitherto unavailable but crucial records from archives in West Germany, Britain and the United States and is thus in a position to piece together, for the first time, the story of the Nazi gold loot and the long, complicated restitution of part of this gold by the Western Allies. Hitler's Gold represents an essential contribution to the economic history of the Second World War.