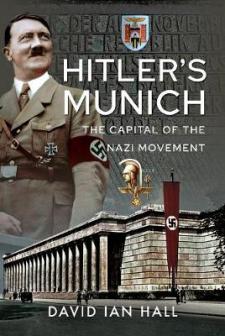 The immediate aftermath of the Great War and the Versailles Treaty created a perfect storm of economic, social, political and cultural factors which facilitated the rapid rise of Adolf Hitler's political career and the birth of the National Socialist German Worker's Party. The breeding ground for this world-changing evolution was the city of Munich and there is no better way to learn about the origins and growth of Hitler's National Socialism than to study the city. By connecting the sites where Hitler and his accomplices built the movement we gain an understanding of the causes, background, motivation and structures of the Party.

Hitler's Munich is both a cultural and political portrait of the Bavarian capital, a biography of the Fuhrer and a history of National Socialism. All three interacted and the Author is superbly qualified to unravel and explain the linkages and their significance.