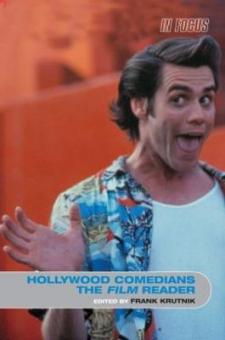 Hollywood Comedians, The Film Reader brings together key writings on one of the most consistently popular genres of Hollywood cinema. Despite the cult reputations enjoyed by star performers such as Charlie Chaplin, Buster Keaton, the Marx Brothers and Woody Allen, comedians and the contexts within which they worked have not always received their due in scholarly discussions of cinema culture. Hollywood Comedians, The Film Reader seeks to fill this gap, combining distinguished work on comedian comedy produced since the early 1980s together with more recent material that explores the genre's contemporary revival.
This reader provides a comprehensive guide to a range of comedians, contexts and issues: from the silent films of Chaplin and Keaton to the early sound comedy of Mae West and the Marx Brothers, and from the gender dynamics of Hope and Crosby, Lucille Ball and Jerry Lewis to contemporary comedians such as Jim Carrey and Chris Rock. In addition to exploring issues of genre, narrative, stardom and performance, the reader also traces how comedian films manage representations of otherness that are defined through ethnicity, race, class, gender and the body.
Articles are grouped in thematic sections, each exploring a central issue to the study of comedian comedy, and featuring an editor's introduction outlining the context of issues and debates. Sections include:
*Genre, narrative and performance
*Approaches to silent comedy
*Sound comedy, the vaudeville aesthetic and ethnicity
*Comedian comedy and gender
*Post-classical comedian comedy