Honour, Exchange and Violence in <I>Beowulf</I> 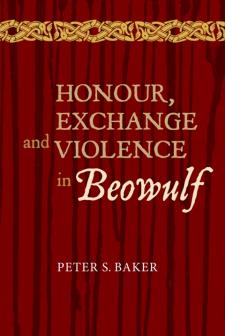 This book examines violence in its social setting, and especially as an essential element in the heroic system of exchange (sometimes called the Economy of Honour). It situates Beowulf in a northern European culture where violence was not stigmatized as evidence of a breakdown in social order but rather was seen as a reasonable way to get things done; where kings and their retainers saw themselves above all as warriors whose chief occupation was thepursuit of honour; and where most successful kings were those perceived as most predatory. Though kings and their subjects yearned for peace, the political and religious institutions of the time did little to restrain their violent impulses.
Drawing on works from Britain, Scandinavia, and Ireland, which show how the practice of violence was governed by rules and customs which were observed, with variations, over a wide area, this book makes use of historicist and anthropological approaches to its subject. It takes a neutral attitude towards the phenomena it examines, but at the same time describes them fortnightly, avoiding euphemism and excuse-making on the one hand and condemnation on the other. In this it attempts to avoid the errors of critics who have sometimes been led astray by modern assumptions about the morality of violence.

PETER S. BAKER is Professor of English at the Universityof Virginia.