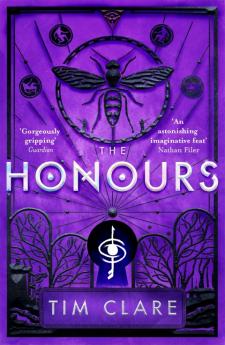 The award-winning poet and author of The Ice House offers “a gorgeously entertaining fantasy novel set in Norfolk between the wars” (The Guardian).   Norfolk, 1935. World War II is looming in Great Britain and the sprawling country estate of Alderberen Hall is shadowed by suspicion and paranoia. Alderberen’s newest resident, thirteen-year-old Delphine Venner, is determined to uncover the secrets of the Hall’s elite and cultish Society for Perpetual Improvement, which has taken in her gullible mother and unstable father.   As she explores the house and discovers the secret network of hidden passages that thread through the estate, Delphine unearths a world that is darker and more threatening than she ever imagined. With the help of head gamekeeper Mr. Garforth, Delphine must learn the bloody lessons of war and find the soldier within herself in time to battle the deadly forces amassing in the woods.   “Astutely brilliant. It is rare to find such a riveting, fantastical, adventure matched by such poetic flair. A rich, gripping delight.” —Matt Haig   “Gorgeously gripping . . . the comparisons that most readily spring to mind are the wildly eccentric and benevolent imaginations of Neil Gaiman and Terry Pratchett.” —The Guardian