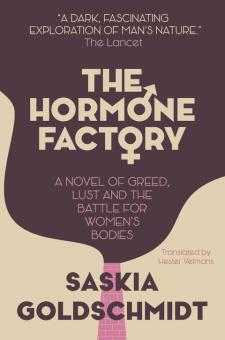 "A dark, fascinating exploration of man's nature." - The Lancet. A riveting thriller about greed, power, hormones, illicit sex, and women â€¦ and the monstrous megalomaniac who believes he can have it all. Vainglorious Mordechai de Paauw is ruthless: in the years before World War II, the Dutch pharmaceutical entrepreneur is on the cutting edge of science and determined to develop the contraceptive pillâ€¦ no matter what the cost. Testing hormonal treatments on his female workers, and sexually exploiting them, Mordechaiâ€™s secret immoral life and his successful company are threatened by the rise of Hitler and, years later, a shocking scandal involving his brash son. Will Mordechai ever find redemption, and will the women he manipulates regain control over their own bodies?