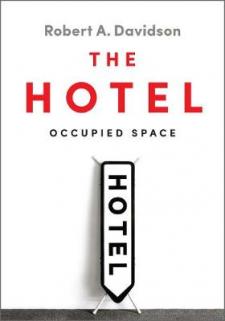 The Hotel: Occupied Space explores the hotel as both symbol and space through the concept of "occupancy." By examining the various ways in which the hotel is manifested in art, photography, and film, this book offers a timely critique of a crucial modern space.

As a site of occupancy, the hotel has provided continued creative inspiration for artists from Monet and Hopper, to genre filmmakers like Hitchcock and Sofia Coppola. While the rich symbolic importance of the hotel means that the visual arts and cinema are especially fruitful, the hotel's varied structural purposes, as well as its historical and political uses, also provide ample ground for new and timely discussion. In addition to inspiring painters, photographers, and filmmakers, the hotel has played an important role during wartime, and more recently as a site of accommodation for displaced people, whether they be detainees or refugees seeking sanctuary. Shedding light on the diverse ways that the hotel functions as a structure, Robert A. Davidson argues that the hotel is both a fundamental modern space and a constantly adaptable structure, dependent on the circumstances in which it appears and plays a part.