How Capitalism Was Built 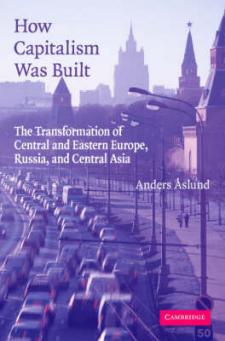 Anders Aslund foresaw the collapse of the Soviet Union in his book Gorbachev's Struggle for Economic Reform (1989). He depicted the success of Russia's market transformation in How Russia Became a Market Economy (1995). After Russia's financial crisis of 1998, Aslund insisted that Russia had no choice but to adjust to the world market (Building Capitalism, 2001), though most observers declared the market economic experiment a failure. Why did Russia not choose Chinese gradual reforms? Why are the former Soviet countries growing much faster than the Central European economies? How did the oligarchs arise? Who is in charge now? These are just some of the questions answered in How Capitalism Was Built, covering twenty-one former communist countries from 1989 to 2006. Anybody who wants to understand the confusing dramas unfolding in the region and to obtain an early insight into the future will find this book useful and intellectually stimulating.