How I Filmed the War (WWI Centenary Series) 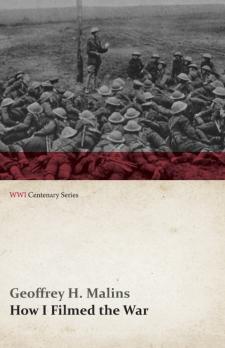 ""In the following chapters I have merely aimed at setting down, in simple language, a record of my impressions, so far as I can recall them, of what I have seen of many and varied phases of the Great Drama which has now been played to a finish on the other side of the English Channel. Most of those recollections were penned at odd moments, soon after the events chronicled, when they were still fresh in mind, often within range of the guns.
It was my good fortune for two years to be one of the Official War Office Kinematographers. I was privileged to move about on the Western Front with considerable freedom. My actions were largely untrammelled; I had my instructions to carry out; my superiors to satisfy; my work to do; and I endeavoured to do all that has been required of me to the best of my ability, never thinking of the cost, or consequences, to myself of an adventure so long as I secured a pictorial record of the deeds of our heroic Army in France.""

This book is part of the World War One Centenary series; creating, collating and reprinting new and old works of poetry, fiction, autobiography and analysis. The series forms a commemorative tribute to mark the passing of one of the world's bloodiest wars, offering new perspectives on this tragic yet fascinating period of human history. Each publication also includes brand new introductory essays and a timeline to help the reader place the work in its historical context.