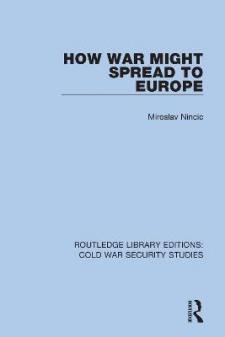 This book, first published in 1985, examines the Cold War risks of superpower confrontations, mainly in the Third World, resulting in war in Europe. European security is usually analysed in the context of East-West relations in Europe, where though tensions often ran high, actual war seemed remote. The risks of war were much greater in other parts of the world, where the United States and the Soviet Union confronted each other using proxies. This book analyses these proxy confrontations, and the risks that they posed to the security of Europe.