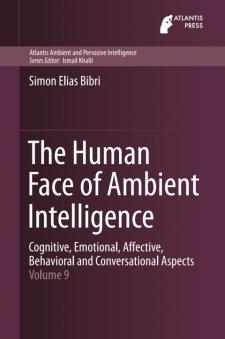 The Human Face of Ambient Intelligence

As a socially disruptive technology, Ambient Intelligence is ultimately directed towards humans and targeted at the mundane life made of an infinite richness of circumstances that cannot fully be considered and easily be anticipated. Most books, however, focus their analysis on, or deal largely with, the advancement of the technology and its potential only. This book offers a fresh, up–to–date, and holistic approach to Ambient Intelligence. As such, it addresses the interdisciplinary and transdisciplinary aspects of the rapidly evolving field of Ambient Intelligence by seamlessly integrating and fusing it with artificial intelligence, cognitive science and psychology, social sciences, and humanities. It is divided into two main parts: Part 1 is about different permutations of enabling technologies as well as core computational capabilities, namely context awareness, implicit and natural interaction, and intelligent behavior. It details the existing and upcoming prerequisite technologies, and elucidates the application and convergence of major current and future computing trends. Part 2 is an accessible review and synthesis of the latest research in the human-directed sciences and computing and how these are intricately interrelated in the realm of Ambient Intelligence. It deals with the state–of–the–art human–inspired applications which show human-like understanding and exhibit intelligent behavior in relation to a variety of aspects of human functioning – states and processes. It describes and elaborates on the rich potential of Ambient Intelligence from a variety of interrelated perspectives and the plethora of challenges and bottlenecks involved in making Ambient Intelligence a reality, and also discusses the established knowledge and recent discoveries in the human–directed sciences and their application and convergence in the ambit of Ambient Intelligence computing. This seminal reference work is the most comprehensive of its kind, and will prove invaluable to students, researchers, and professionals across both computing and the human-directed sciences.